I think it was about mid-2012 when I read about the chimpanzee named Cheeta from the Tarzan movies had died in late 2011 at the ripe old age of 80. My memories flooded back of watching Cheeta in the various Johnny Weissmuller Tarzan movies on TV as a kid. I thought it wonderful that Cheeta had survived for all those years, being well taken care of after retiring from his career as a Hollywood movie star.

It was also in 2012 that I began to regularly visit the Bigfoot Discovery Museum in Felton, California and go on hikes in the nearby area. I distinctly remember discussing the recent death of Cheeta with the guys at the museum, then musing if Patty, the creature in the Patterson-Gimlin Film, could maybe still be alive and roaming the mountains of Northern California.

I happened to watch a short YouTube video of Cheeta having his 75th birthday party at Casa de Cheeta and wondered if there maybe were other videos of Cheeta events online. After an Internet search, I discovered something odd. In Cheeta's 75th birthday video, he was living at the C.H.E.E.T.A. Primate Sanctuary (Casa de Cheeta) in Palm Springs, California. But the newspaper article listing his death on Dec 24, 2011 at age 80, Cheeta was living at the Suncoast Primate Sanctuary in Palm Harbor, Florida. Turns out there were at least two different chimps whose caretakers claimed them to be Cheeta.

One Cheeta was originally owned by long time entertainment industry animal trainer Tony Gentry. Two years prior to Gentry's death, Cheeta was given to Gentry's distant cousin Don Westfall in 1991, the same year Westfall founded the C.H.E.E.T.A. Primate Sanctuary in Palm Springs. Gentry had always told people this Cheeta had been born in 1932, but according to a 2008 article by journalist R. D. Rosen, Gentry acquired the chimp from Pacific Ocean Park on the Santa Monica Pier when POP closed in 1967 and was probably born about 1960. As far as I could find online, this Cheeta is currently still alive and well, living at the Palm Springs sanctuary.

Another Cheeta lived at the Suncoast Primate Sanctuary in Palm Harbor, Florida and died on Dec 24, 2011. Debbie Cobb, outreach director at the sanctuary, said her grandparents acquired Cheeta during the early 1960's from the estate of Tarzan star Johnny Weissmuller, but the documentation of Cheeta's history was burned in a 1995 fire. Miami New Times, Dec 28, 2011.

So the truth is, there never was a single long lived chimp who was the fictional movie character we all know as Cheeta. As is true for other famous movie characters, the actors who play them change over the years.

However, I think the two chimps I've described above, along with their animal sanctuaries, have been worthy representatives of the Hollywood Cheeta for the public and for me at least, helped to refresh some of my childhood memories.

According to the Chimpanzee Sanctuary Northwest, male chimps live to about 32 on average, females live to about 39. One captive chimp in an Association of Zoos & Aquariums study lived to 72. One female wild chimp is thought to have been about 63 at death.

Orangutan 45
At the Tama Zoological Park in Tokyo, a female orangutan named Gypsy is 61 (born 1955).

Could Patty still be alive...

The Patterson-Gimlin Film was shot in October 1967, almost 49 years ago. The creature they filmed looked to be an adult female bigfoot many now call Patty. If her age was say 15-20 (just a guess), that would make her age today 64-69.

Currently, bigfoot has not been proven to science to even exist, let alone knowing what their life expectancy might be.

Therefore, while it's interesting to speculate if Patty could still be alive today roaming the forests of the Pacific Northwest, the truth is, like Cheeta of early Tarzan movie fame, Patty is probably gone as well.


"So long as we live, they too shall live, for they are part of us."
Vietnam Veterans of America Ritual Manual 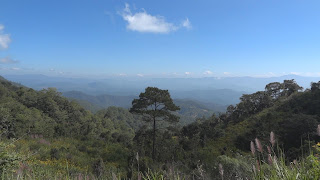