Looking for King Kong in Thailand

A little over a year ago, I moved to Chiang Mai, Thailand to try retirement living. Shortly after arriving here, I met a lady named Nung who is now my wife. About six months ago, I was trying to explain to Nung and her older daughter Joy about my interest in Bigfoot. When I showed them a video of the 1967 Patterson-Gimlin film and some of the online artist drawings of Bigfoot and Yeti, Joy said "Oh, you look King Kong". But it still did not register, at least with Nung, until a few nights ago. There was nothing of interest on TV, so I was showing Nung some of my Evening Hike videos I did in California before moving to Thailand. Out of the blue, she told me a story her father had told her. Nung was 10 years old at the time, so this happened about 38 years ago. 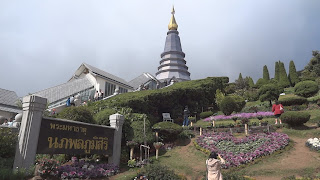 Nung's family was living about an hour (by car) south of Chiang Mai. Some of Nung's relatives still live in the area today. When Nung was young, her family, 9 kids in all, did not have much money. Sometimes, Nung's father would go to a nearby mountain to gather wood (maybe bamboo) to make things to sell. Nung did not remember exactly where this was, just that it was nearby. My guess is that it was a little south of Thailand's highest mountain Doi Inthanon. As Nung's father neared his destination in the forest, he noticed another person sitting up ahead and called out a greeting, asking if the stranger was there working as well. Although a little puzzled why the stranger did not reply, Nung's father continued walking. As her father got nearer, the other person stood up. It was then he realized the stranger was not a person at all, but something covered in hair, taller than himself with a human looking face. Fear took over and Nung's father ran away as fast as he could. When her father returned home, he said his arms and legs were covered in period. Nung meant her father's arms and legs were scratched badly from him running through the bushes. 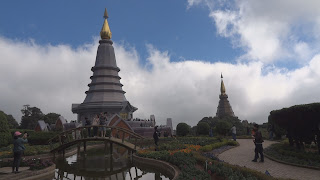 The next day, Nung's father with a gun in hand, one of her brothers who was 13 at the time, along with 2 dogs, returned to the mountain to retrieve her father's stuff. They found large barefoot prints in the mud near a stream close to where the unknown creature had been the day before. As Nung told me the part about the footprints, she held her hands out much bigger than her own foot. 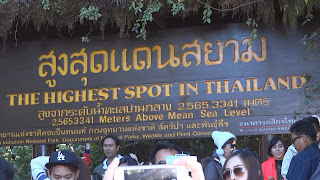 After telling this story, Nung's father warned her to never go to that mountain location, to just stay away. Unfortunately, Nung's father and brother have both passed away, so there can be no direct follow-up to this story. 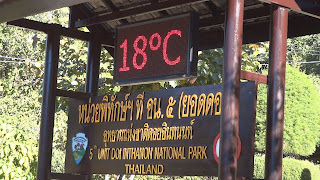 Nung's story is only the second time I have heard about a possible Bigfoot type creature being seen inside Thailand. Last year, I found this other story on a travel blog about the Mae Charim area in Nan Province: The yetis of Northern Thailand.

I have found a new life and family here in Thailand. And just maybe, I will find King Kong here as well. 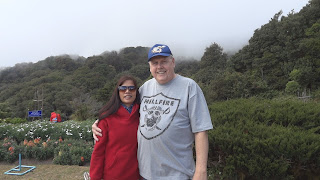 Update October 3, 2015:
One of Nung's other brothers was with their father on a different trek to their nearby mountain where they again encountered something unusual. Here's my interview:
Looking for King Kong - Oct 3, 2015
Update May 7, 2016:
We had a new house warming party in Chiang Mai and my wife's brother attended, so I took the opportunity to show him some cryptid ape drawings off the Internet to see if any were the creature he saw some 40-50 years ago near Doi Inthanon, Thailand. He picked a drawing found on the Bigfoot Lunch Club of Orang Pendek with it's left arm raised above it's head:
http://www.bigfootlunchclub.com/2013/07/new-ish-art-from-history-channel.html
I showed him other depictions of Orang Pendek and cryptid apes from around the Internet, but he said no to them. We also tried to identify the smaller creatures he saw with the larger one that day, but could not find a match. Although, I did verify again that the large creature walked on two legs and had no tail. The smaller creatures walked on four legs and had a tail.
Facebook Group:
Ape-Men in Thailand
Posted by Mike Shaw at 1:30 AM